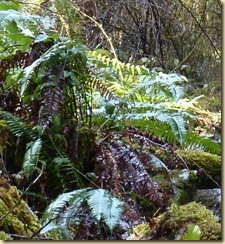 How did Palm Sunday give way to Good Friday? How do we get so quickly from a boisterous crowd of ardent admirers shouting Hosannas and Blessings to an angry mob chanting “Crucify Him”?!

They had hoped He came to deliver them from all their perceived ills– hopeless bodily infirmities as well as their Roman tyrants. They treated Jesus that day as royalty come to bring back the Kingdom of David (Mk.11:10). He had come to save them, but their view of salvation was so limited, so ‘of this world’. Only Jesus knew the extent of their deepest need. He alone fully realized the bondage that they lived under and had come to deliver them from their greatest tyrant,  to destroy ‘the one who has the power of death, and deliver those who through fear of death were subject to lifelong slavery.’ (Heb.2: 14,15). Their concept of the Kingdom to come wasn’t big enough. Their vision of life was too small. And little did they know of the cost required to set them free to really live.

I’m challenged by this picture of Palm Sunday’s worshipers degenerating so quickly into murderers. It challenges my concept of whose Kingdom I’m really living for? And whose will I want done? Jesus knows our tendencies to be short-sighted, small-minded and tempted by short-term solutions. Is that why He taught us to pray: “Hallowed be Thy Name. Thy Kingdom come. Thy will be done….” (Mt.6:9-13) ? If I find my heart disappointed in the short-term, disillusioned by life’s surprises, hurt by unexpected outcomes could it be I’ve had the wrong Kingdom in view or at least the wrong timetable? Jesus said, “Blessed is the one who is not offended by me” (Mt.11:6) in response to a disappointed follower who found himself in jail and about to be beheaded just because he’d been a faithful follower.   We’re in a Kingdom where the long-haul matters. The HOSANNAS* of today have to be held onto in faith when the salvation we’d envisioned isn’t yet visible.

Jesus modeled the prayer he taught. He came into our world submitted to the Father’s will, to take on the body prepared for him and to do with it exactly what the Father directed, nothing more, nothing less, nothing else. (Heb.10:7) He was obedient right to death, for this was the cost of bringing us life. He who knew no sin, was made sin for us, “that we might be made the righteousness of God in him.” (II Cor.5:21). He took our taint, carried our shame, so He could share the life He had with the Father with us. He endured for the joy set before Him, (Heb.12:2) the joy of bringing many sons into the family, (Heb.2:13) the joy of US joining Him in fellowship with the Father!

But how few recognized what He was up to that ‘Easter week’. I’ve been looking this week at the ‘in betweens’ of that week– the ‘stuff’ that Jesus did between Palm Sunday and Good Friday. What were his priorities? He spent a lot of time teaching, talking, and warning of things to come. He was ready. But were his followers? He had shown the crowds who He was but ‘though he had done so many signs before them, they still did not believe in Him’.  So now He focuses on last conversations. He indicts and silences both Pharisees and Sadducees with parables depicting them as wicked tenant farmers and dishonorable wedding feast guests. He pronounces woes upon them and warns the crowds to listen to what they have to say, but not to copy them! (Mt.23:3)

He explains to his followers the times that will precede His return, so they (and ultimately we who believe) will be eagerly waiting and not offended when called to suffer for His sake. And he has one last meal with His disciples, an intimate Passover meal during which he washes their feet and invites them into a new covenant relationship with Him based on his shed blood for them. “This cup… is the new covenant in my blood…” (Lk.22:20)

I’ve just been reading the Jewish background for this moment and how it closely parallels the process of taking a bride–precious parallels to the Church as the Bride of Christ…would the disciples have understood this better than we do?

Ray VanderLaan describes it this way:

“In the first century, when a young Jewish man reached marrying age and his family selected an appropriate wife for him, the young man and his father would meet the young woman and her father to negotiate the “bride price,” the figurative cost of replacing a daughter. The price was usually very high.

With negotiations complete, the custom was for the young man’s father to pour a cup of wine and hand it to his son. His son would turn to the young woman, lift the cup and hold it out to her, saying, “This cup is a new covenant in my blood, which I offer to you.” In other words, “I love you, and I’ll give you my life. Will you marry me?”

The young woman had a choice. She could take the cup and return it and say no. Or she could answer without saying a word—by drinking the cup, her way of saying, “I accept your offer, and I give you my life in response.”**

The disciples didn’t get the whole picture right away. They would run and hide and even deny knowing Him. The fickle crowds would opt to crucify their King. He had come to them humbly, riding on a donkey’s colt as prophesied (Zech.9:9) — but not quite all they had anticipated. But his would prove to be an ‘indestructible life’ (Heb.7:16) even as His Kingship will prove to be unrivalled… And to each of us the invitation comes to ‘take up your cross and follow me…’, and to ‘present our bodies a living sacrifice’  as we wait eagerly for this coming King (Heb.9:28) who will at last fulfill His best intentions towards us and take us Home to be His forever Bride.

“Let us hold fast the confession of our hope without wavering, for He who promised is faithful!” (Heb.10:23) “…he who is the blessed and only Sovereign, the King of kings and Lord of lords, who alone has immortality, who dwells in unapproachable light, whom no one has ever seen or can see. To him be honor and eternal dominion. Amen.”
I Tim.6:15,16

“Fear not, little flock, for it is your Father’s good pleasure to give you the kingdom.” Luke 12:32

* Ironically, “Hosanna” comes from a Hebrew word meaning “please save or save now” as used in: Ps.118:25,26: “We beseech Thee, O LORD, save now! We beseech Thee, O LORD, make us now to prosper! Blessed be he that cometh in the name of the LORD…” while also being used in praise and adoration of the Saviour. http://en.wikipedia.org/wiki/Hosanna

**excerpted from ‘His Body, His Blood’ by Ray Vander Laan in Focus on the Family magazine–Apr.’99