I have started reading Ezekiel this week. It does not exactly lend itself to ‘devotional’ blogging.  After reading the first six or so chapters I was depressed for the rest of the day.  Hormones maybe, but disturbing reading to be sure.

First there are all these bizarre ‘living creatures’ with wings that turn out to be cherubim, and levitating wheels full of eyes  that accompany them…Above this surreal imagery is an expanse ‘shining like awe-inspiring crystal’ (1:22) and above that a throne on which sits One with ‘the likeness of a human appearance’.  Ezekiel seems to be grasping for words to describe this glory—gleaming metal, fire, and brightness like a rainbow will have to suffice.  But this he says was ‘the appearance of the likeness of the glory of the LORD.’  And his response was to fall on his face awaiting instruction.

His job assignment is a bleak one.  First he is to listen with heart and ears open to what God will say, then He is to go to the exiles, his own people, and speak to them: ‘Thus says the LORD God…’  whether they choose to hear or to ignore what he says.  And the implication is that they will in fact refuse to hear.  They are a rebellious people.  His job will be more than just words; his life will become an object lesson to show the people of Israel the judgments coming on them—the siege, the starvation, pestilence, war and exile. It will cost him personally to be God’s messenger.  But it is his calling.

The next chapters (I’ve gotten to chapter 14 so far) are taken up with briefing Ezekiel on the nature of his audience and their coming judgment. Their guilt is ‘exceedingly great.’(9:9)  Injustice and bloodshed have become commonplace because the people assume that God has forsaken the land and does not see them. They are oblivious to the jealousy they have provoked in their greatest Lover. They are mindless of his broken heart over their whoring (Is.6:9).  His anger, His wrath, His unpitying resolve will unleash judgment on them till only a remnant remain.

This is not the character of God we prefer to think about.  Atheists and mockers love to run with passages like these and fault God as immoral and wicked to act so harshly.  Even believers sometimes steer away from these passages and make a differentiation between the God of the Old Testament, and that of the New.  We find this behavior irreconcilable with our concept of ‘love’.  It’s certainly more comfortable to read I Corinthians 13 or Psalm 23, for example, and talk about only the ‘nice’ aspects of God’s love.  It is believed that this is what people need to hear and they will gladly ‘believe’.

But the book of Ezekiel makes another point.  The infidelity of man cannot exist beside the glory of God.  While Ezekiel watches he sees the likeness of the  glory of God depart the temple (Ez.10).  His glory will not stay in their temple so long as they pursue other gods. God’s love has not failed.  But His people are unfaithful and have scorned His love. Something must be done.

To read Ezekiel and see only the severity of God’s judgment is to miss the heart of God.  The very purpose of His judgment is to recapture the hearts of His people to their true allegiance, for their own good and His glory.  Again and again the phrase recurs: ‘Then they will know that I am the LORD’. (Ez.6:7,10,13,14). This is the point.  As long as they follow the ‘rules of the nations that are around them’ (Ez.11:12) they will suffer the fates of these nations.  But they were created to be God’s own people, to know and reflect His glory!  Only this will satisfy them but they have lost their way. God will not let them go.

The book of Ezekiel paints the stark contrast between the  glory of God and the nature of man.  And right when we least expect it comes grace, God reaching down to do the unexpected, the undeserved—“And I will give them one heart, and a new spirit I will put within them.  I will remove the heart of stone from their flesh and give them a heart of flesh, that they may walk in my statutes and keep my rules and obey them.  And they shall be my people, and I will be their God.” This is God’s heart for His people.  He will stop at nothing less.

This is the beauty of the Gospel, but it has no meaning apart from first recognizing the glory of God’s holiness—His awesome unapproachable ‘other-ness’.  We were created to fellowship with and live for this holy God, to delight in His beauty.  But in our natural state we are powerless to attain to such a relationship or even exist in the presence of this Awesome God apart from a drastic remaking of who we are.

I tucked in last night with the evening reading from Daily Light. It was headed: “The new and living way” (Heb.10:20) The verses selected underline the message of Ezekiel and reminded me of the wonder of being granted access to the very throne room of God and given the undeserved  status of ‘holy and blameless’, only because this fiercely loving and jealous God, the God who called Ezekiel to preach, has made a way.

“But your iniquities have made a separation between you and your God, and your sins have hidden his face from you.” (Is.59:2)

“Our Savior Christ Jesus…abolished death and brought life and immortality to light through the gospel.”  (II Tim.1:10)

For what the Law was powerless to do, God did by sending His own Son in the likeness of sinful man to be a sin offering.  And so he condemned sin in sinful man in order that the righteous requirements of the law might be fully met in us  [! I love that!!] Rom.8:3,4 NIV

And the crowning jewels for today:

For by a single offering he has perfected for all time those who are being sanctified. Heb.10:14

Therefore, brethren, since we have confidence to enter the holy place by the blood of Jesus, by a new and living way which He inaugurated for us through the veil, that is, His flesh, and since we have a great priest over the house of God, let us draw near with a sincere heart in full assurance of faith, having our hearts sprinkled clean from an evil conscience and our bodies washed with pure water. Let us hold fast the confession of our hope without wavering, for He who promised is faithful; and let us consider how to stimulate one another to love and good deeds…
Heb.10:19-24NASB

Hmm… maybe Ezekiel is more ‘devotional’ than first meets the eye?!  Thanks for listening in to my ruminations (  :

If you are unfamiliar with Daily Light, it is a classic of brief morning and evening readings composed entirely of Scripture verses compiled around common themes.  I love seeing Old and New Testament verses juxtaposed in this way.  I’m continually refreshed by these readings and highly recommend it.  The original compilations were done by Samuel Bagster and it is available in various translations and editions.  Here’s what mine looks like: 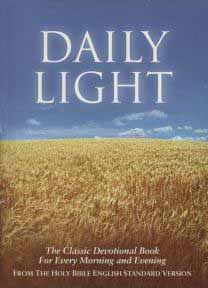 2 thoughts on “A New and Living Way”