Nineveh is in the news again, but under a different name.  Its ancient ruins are just across the river from the modern city of Mosul in northern Iraq. This timeless story still speaks. 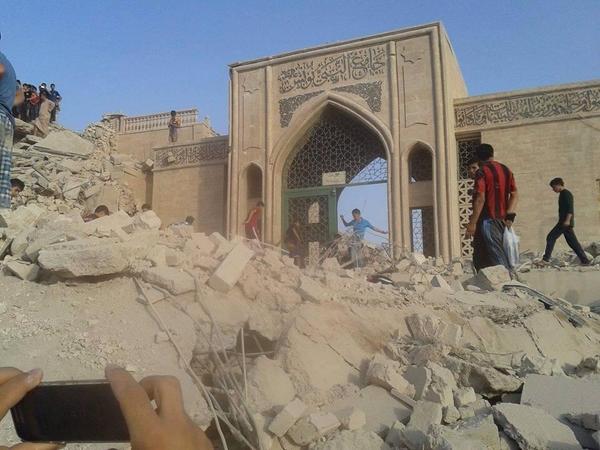 God said, Go tell Nineveh they’re in trouble with Me.

Jonah ran away to sea.

God took up the chase.

He hurled a great wind upon the sea.

He determined the lot that would find Jonah guilty.

He made the wind blow stronger till terrified seamen had no choice but to hurl Jonah overboard.

He appointed a great fish to swallow up Jonah.

Jonah wasn’t getting anywhere in his avoidance of God’s assignment. He couldn’t even escape by dying, though he may have wished he could during those three days and nights in the belly of a fish!

Then God spoke to the fish to vomit Jonah out so he could get on with his job.

How humiliating for Jonah.  How gracious of God that Jonah lived to tell his story.  Would you have?

The whole experience was something one might want to put behind them.  Bad choices usually are.

And of course, we know it didn’t end there, with Jonah washed up all mucky on the beach.  Again there came the voice of our unrelenting God, determined to show His mercy to the undeserving: “Get up and go to Nineveh”.

Jonah reluctantly does his job—with a fierce vengeance I imagine.

And God does his.  He forgives.

Jonah is furious and commences to pout.  God intervenes again…

And He appoints a plant to grow shade for Jonah’s comfort while he considers this and watches for the fireworks that never begin.

And God appoints a worm to eat the plant that grew the shade for  pouting Jonah.

And God appoints a hot east wind to team with the blazing sun in making Jonah wish to die.

And Jonah is angry, again.

And God asks again, “Do you do well to be angry?”

And while Nineveh is spared a lashing, Jonah gets a talking to by the God who cares for both the unforgiven and  the unforgiving. His love is unrelenting.

God knows just what is needed, for the both of them.

And the story gets told for generations to come, a reminder that God is good when men are not.  And Jonah’s stint in that whale of a fish becomes an object lesson for the greatest good news of all time—Jesus lives though swallowed by death for three days and nights.  He lives to put all things right in and around us, in His good time.

And all these years down the sands of time I read in the news that Jonah’s alleged tomb was destroyed this summer  by Islamic militants in what was once ancient Nineveh and is now Iraq.  But his story lives on, a symbol attesting to God’s mercy that is great enough for all of us, and knows just what is needed when we do not.

“For as Jonah became a sign to the people of Nineveh, so will the Son of Man be to this generation….The men of Nineveh will rise up at the judgment with this generation and condemn it, for they repented at the preaching of Jonah, and behold, something greater than Jonah is here.” Lk.11:30,32

“Those who pay regard to vain idols forsake their hope of steadfast love,
But I with the voice of thanksgiving will sacrifice to you…
Salvation belongs to the LORD!” –Jonah, in the belly of a fish

“O Lord, is not this what I said when I was yet in my country? That is why I made haste to flee to Tarshish; for I knew that you are a gracious God and merciful slow to anger and abounding in steadfast love, and relenting from disaster….” –Jonah, suicidal at the thought of his enemies being forgiven

But I say unto you, Love your enemies, bless them that curse you, do good to them that hate you, and pray for them which despitefully use you, and persecute you; That ye may be the children of your Father which is in heaven…Mt.5:44,45