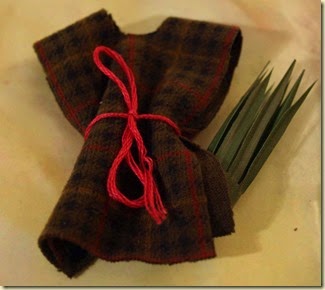 It’s Palm Sunday today. We walked into church late this morning to the sound of:

[You can have a listen here if you like:
https://www.youtube.com/watch?v=oAaQ5EEXidc]

We sing Hosannas from a different perspective than the hopeful crowds that lined the streets of Jerusalem that day Jesus rode in humbly on a donkey. We know what they didn’t. It would not be a quick political victory that Jesus came to accomplish. The overthrow of their enemies would not come for a little while yet. Between Palm Sunday and Easter Sunday there would be a turning of the tables. Not only would Jesus overthrow tables in the temple that very day, denouncing the practices of those who had found a way to make a profit for themselves from religion. Not only would he rouse the religious leaders’ indignation by accepting the praise of children: “Hosanna to the Son of David”.  But the tables would turn to such an extent that the very crowd hoping to crown Him King would clamor for his crucifixion by the week’s end. He had disappointed them. Instead of taking steps to overthrow the Romans he had spoken of the overthrow of their own temple (Mt.24:2), of the rightful duty of paying taxes to Caesar (Mk.12:17) and of war and troubled times to come (Mt. 24). They saw no relief in sight. They crucified their King.

His closest followers though were given a glimpse of hope. Jesus had carefully briefed them on what was to come–yes trouble, persecution, death, but also peace. Yes, He would leave them, but not without a Helper to be with them. His death would not be final. It would be but the beginning of a whole new way of living. But they too would have to wait ‘yet a little while’.

“Little children, yet a little while I am with you…where I am going you cannot come.” John 13:33

“Yet a little while and the world will see me no more, but you will see me. Because I live, you also will live.” John 14:19

He spoke to them of the Spirit that the Father would send to be with them forever, the Spirit of truth. His role would be to teach them all they would need to live in this world and prepare for the next. He would bring to their remembrance all that Jesus had already said to them but that they had not really heard. Did they really understand what He was saying? Did they realize He was about to be crucified? Were they able to make sense of Jesus’ long talk and prayer for them that we now read as chapters of red letters preceding the account of his arrest and crucifixion? (John 13-17) It is not likely that they did; but the Spirit would bring His words again to their hearts and they would see Him by faith and live.

But it would be ‘yet a little while’.

We live on the other side of this little while. The Holy Spirit given in token of Jesus’ ascension on the Day of Pentecost is given to all those who turn their lives over in faith to His rightful Lordship. All down through history, those who look back to the Cross acknowledging their sin and their need for this Saviour are given the same Spirit those first disciples received. He is our guarantee of all the good things to come.

But still we wait ‘yet a little while’ for our King to come and put things right.

Still we sing, “Hosanna” which means “God, save us”. How many times lately have I whispered under my breath: “God, I need you; I always need you.” Sin’s power has been broken by Jesus’ death and resurrection, but we live still in a world ravaged by it and in bodies prone to yield to it and suffer its consequences. It’s not all good, as the popular adage goes. We are eager for a good King to come and reign and overthrow the ruler of this world once and for all. And I am eager for my new sin-free body–one that will have no weaknesses, no worries, no pity-parties! This it the ‘yet a little while’ that we live in, this waiting for: ‘Thy Kingdom come, Thy will be done on earth as it is in heaven’.

We live in the ‘yet a little while’ between the Ascension of Jesus into Heaven and His return to rule the world with justice and establish a reign of peace.

“so Christ, having been offered once to bear the sins of many, will appear a second time, not to deal with sin but so save those who are eagerly waiting for him.” Heb.9:28

And we’re in for a world of trouble until then, for as long as this life shall last. But with it we are promised peace. The world still lies under the influence of the Prince of darkness, still believes his lies and falls into his snares, still settles for a false sense of peace. All around us what God hates is valued, even celebrated. If we live to do God’s will we will face trouble. Jesus did. But He promises us His peace. It’s not the sort we expect though; His reign is not an external one in this present ‘little while’. We sing “Hosanna, God save us” and are disappointed when life hurts and sin seems to win out. Where do we find this peace He promised and exemplified?

With the approach of Easter I’ve been getting a set of ‘eggs’ ready for my grandkids. Each will encapsulate a symbol to accompany the stories we will read of the days leading up to Jesus’ resurrection. There will be a tiny clay goblet and some silver coins, a perfumed cloth and praying hands… As I’ve prepared these object lessons I’ve been reminded that this peace that Jesus gives is nothing like what the world calls ‘peace’. This peace that Jesus had right up to His last breath is not the peace we’d hoped for. It doesn’t preclude anguish (If it be possible let this cup pass from me!), desperate loneliness (My God, why have you forsaken me?), painful opposition, betrayal, misunderstanding, mockery (If you’re the King of the Jews, save yourself!) and even death! What kind of peace is this anyway?!

Jesus’ peace resides in the heart set on God’s glory, not our own, on doing His will, not ours. From the beginning Jesus declared that He lived to do His Father’s will. “My food is to do the will of Him who sent me and to accomplish His work” (Jn.4:34). He set His face like flint for Jerusalem, knowing full well what was coming that weekend. And He died wholly resigned to the Father’s care, crying out with a loud voice, “Father, into your hands I commit my spirit,” before breathing His last.

Here was His source of peace. He had come to do the Father’s will in the body given to Him, no matter what was required. (Hebrews 10:5-7) And He calls us to follow Him–to take up the cross given us (Mark 8:34), to present our bodies a living sacrifice and to live out the worship we profess. In so doing we are transformed from conformity to the world to conformity to Christ as per the Father’s will (Rom.12:1,2).

It will be ‘yet a little while’ but a Day is drawing near (Heb.10:25) when this King we laud on Palm Sunday will come again from Heaven to reign with those who are eagerly waiting for him (Heb.9:28). His Kingdom will at last come, His will be done on earth as it is in Heaven. We’re even given a sneak preview of what that will be like. Stand here by the open door and look–

A throne surrounded by indescribable brilliance and color, flashes of lightning and peals of thunder, fiery torches and a sea of glass… all are backdrops for the incessant proclamation by day and by night of the living creatures: “Holy, holy, holy is the Lord God Almighty, who was and is and is to come!” as they give glory, honor and thanks to the One seated on the throne. Meanwhile the twenty-four elders bow in worship, casting down their crowns before the One who alone is worthy to receive glory, honor and power, for He created all things, and by His will they existed and were created. (Rev.4)

As I came to this passage this week I was transported from my little world of woes and worries to the world that carries on unseen around the throne of God. How petty are my greatest concerns in light of this King and this Kingdom. And I am saved from my little pities and fears by turning my heart to the One who is always worthy of praise and for whose purposes I exist. As I fill my heart with the songs of his throne room, there is no room for my murmurings. This Kingdom is not about me. I exist for His glory and honor.

Thanks to the friend who pointed me to this song:

Worthy, You are Worthy!

Have a listen and see if your day isn’t realigned to a fresh perspective.
Its repetitive theme is the stuff of heaven and a good starting point for welcoming God’s Kingdom rule in my own heart while I wait ‘yet a little while’ for the rest of the world to come under His sway.

“so Christ, having been offered once to bear the sins of many, will appear a second time, not to deal with sin but to save those who are eagerly waiting for him.” Heb.9:28)

“But when Christ had offered for all time a single sacrifice for sins, he sat down at the right hand of God, waiting from that time until his enemies should be made a footstool for his feet.” Heb.10:12,13

“…so that at the name of Jesus every knee should bow, in heaven and on earth and under the earth, and every tongue confess that Jesus Christ is Lord, to the glory of God the Father.” Phil.2:10,11

“Therefore do not throw away your confidence, which has a great reward. For you have need of endurance, so that when you have done the will of God you may receive what is promised.”

“For, yet a little while, and the coming one will come and will not delay; but my righteous one shall live by faith, and if he shrinks back, my soul has no pleasure in him.” But we are not of those who shrink back and are destroyed, but of those who have faith and preserve their souls.
Hebrews 10: 35-39

In this you rejoice, though now for a little while, if necessary, you have been grieved by various trials, so that the tested genuineness of your faith–more precious than gold that perishes though it is tested by fire–may be found to result in praise and glory and honor at the revelation of Jesus Christ. I Peter 1:6,7

These things I have spoken unto you, that in me ye might have peace. In the world ye shall have tribulation: but be of good cheer; I have overcome the world. –Jesus

2 thoughts on “Yet a little while…”