Until the time came to fulfil His word, the LORD tested Joseph’s character—These trials are only to test your faith, to show that it is strong and pure.  It is being tested as fire tests and purifies gold…so if your faith remains strong after being tried by fiery trials, it will bring you much praise and glory and honour on the day when Jesus Christ is revealed to the whole world.

Moses said this about the tribes of Joseph:
May their land be blessed by the LORD…with the best gifts of the earth and its fullness, and the favour of the One who appeared in the burning bush.  May these blessings rest on Joseph’s head, crowning the brow of the prince among his brothers.

May you have more and more of God’s special favour and wonderful peace—Seek the LORD and His strength; Seek His face continually.

The people refused to enter the pleasant land, for they wouldn’t believe his promise to care for them.  Instead, they grumbled in their tents…

In the middle of the testing it’s hard to see the end in view, hard to imagine we are dearly known and loved, difficult to trust that God sees and is superintending all things for our good.  But faith believes where it cannot see or even feel the promises of God to be true.  And faith has its rewards—not only are we freed from the bitter bondage of grumbling but we are made candidates for God’s gracious favor in a million surprising ways!  Watch for it! 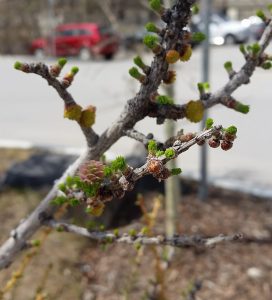 And without faith it is impossible to please Him, for he who comes to God must believe that He is and that He is a rewarder of those who seek Him. (Heb 11:6 NASB)

2 thoughts on “Hang in there!”